Report 3: Participation and involvement of the Hungarian Charity Service of the Order of Malta in the humanitarian consequences of the armed conflict in Ukraine

Number of refugees accommodated in Hungary 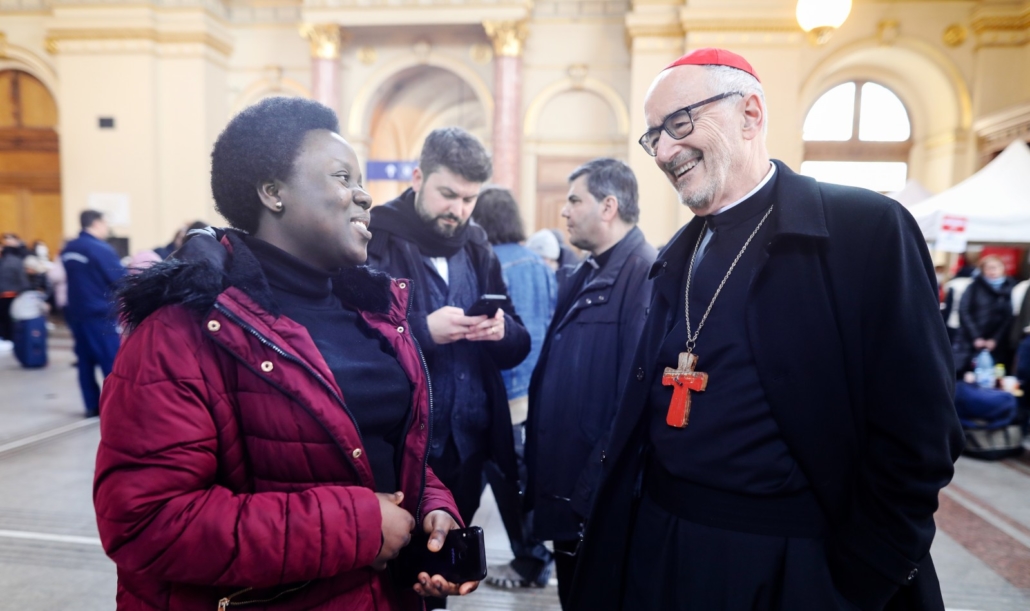 What Christ asks: not abstract ideas, but concrete love.

The Maltese relief point near the border crossing in Beregsurány is now operating according to an efficiently established system, in close cooperation with the local government, law enforcement agencies and volunteers. People crossing the border are transported by bus to the Maltese relief point, which was relocated to the town centre, where volunteer interpreters first assess the refugees’ needs then Maltese employees and volunteers help organise transport and accommodation accordingly, mostly from voluntary donations.

The 24-hour local dispatch service, which has moved from Márokpapi to Beregsurány, provides a stable background for the coordination of the work on the ground, the organisation of the transport and the administration.

Those waiting for a shorter time can rest in the heated container or in the municipality building, while those arriving during late hours or without a destination are temporarily accommodated in the gym. Refugees are provided with food and drink. In addition, a truck from a health service company is stationed on site, with a volunteer doctor on duty to provide care if needed.

Malta pays particular attention to children when caring for refugees. The Maltese Play Bus staff also organise activities for them in Berehovo and Márokpapi: they play games, draw, do arts and crafts, or organise outdoor competitions and team games.

Local police officers ensure that work in the village is not disrupted, and their presence guarantees the safety of the women and children who arrive here.

There are also undocumented families arriving from Ukraine, for whom the necessary documents for onward travel are handled at the immigration office in the area or at the office in Fehérgyarmat, where several families have had to be transferred to.

During the week, Stephanie Woldenberg, head of the UNHCR’s Central European Office, visited the Málta help centre in Beregsurány, accompanied by Miklós Soltész, State Secretary and President of the National Humanitarian Coordination Council, who praised the humanitarian activities in the settlement

Some of the families who do not yet have a destination will continue to be accommodated in the local gym, where Maltese Play Bus staff provide activities for the children. In addition to shelter, food and drink is of course provided.

The dispatch service, which coordinates assistance, was operating in Márokpapi, but in order to be more efficient, it moved to a container office in Beregsurány this week.

In Tarpa, a warehouse provided by a local entrepreneur is filled by trucks arriving from Budapest, from where the Beregsurány relief point and the supplies of the Charity Service of the Order of Malta in Beregszász in Transcarpathia are being replenished using three vans.

In Győr, the Charity Service of the Order of Malta set up a help point in the square in front of the train station. The station, consisting of three containers, is on constant duty in cooperation with Caritas of the Diocese of Győr. As in Beregsurány, here Malta also provides food, water and information to refugees, and for those who have nowhere to go, the organisation helps them find accommodation: for example, in addition to its own institution, it has taken in families in the gym of a local school, who are cared for by the Charity Service.

The Maltese Charity Service also accepts donations at designated collection points in the city, for which the city council has provided a designated location.

On 5 March, in Budapest at the AEGON Educational Centre in Piroska Street , the Charity Service opened a temporary accommodation with 2-4 bed rooms for mothers travelling with their children.

The hostel has 54 beds and provided accommodation for 2-3 days to families arriving at Keleti railway station. The donor manages the operation of the building and the care of the refugees staying there, under constant Maltese supervision. The Maltese colleagues have also prepared a play corner for the children.

The central warehouse on Határ Road, also supported by volunteers, receives large amount of donation, some of which were received from England, Germany, France, Switzerland and Austria. 5 tons of donation leaves the warehouse donation headed for Tarpa warehouse, which are then transferred onward to Transcarpathia by vans. The time it takes for shipments to cross the border varies greatly, but transportation is continuous according to the needs of the Maltese organization in Berehovo.

The Charity Service of the Order of Malta continues to welcome refugees arriving by train at the Keleti railway station between 7 am and 11 pm. The information point at the station is staffed by Maltese colleagues and a large number of volunteers and interpreters,  and donations arrive continously.

In addition to the administrative services, the Maltese relief point also provides food, drinks, hygiene products and over-the-counter medicines as needed. There is also the possibility to charge mobile phones and electronic devices, and free wifi access is available on site.

Pope Francis’ representative on a visit

Pope Francis’ representative, Cardinal Michael Czerny, has travelled to Hungary on a mission to meet with refugees fleeing the war in Ukraine and visit the organisations helping them. As part of this visit, the Cardinal toured several sites of the Hungarian Charity Service of the Order of Malta’s humanitarian work. His first stop in Budapest was at the Keleti railway station, where he saw how the Maltese Charity Service and Catholic Charities are helping refugees. In the capital, he also visited the Malta’s temporary accommodation operating on Piroska Street. He also visited the Beregsurany help point and the Charity Service of the Order of Malta in Beregszász, across the border. The Papal Envoy praised what he saw and thanked the Hungarian Maltesers for their work.

As a result of a division of labour between the charities, the Maltese Charity Service operates a database in which accommodation offers are centrally collected. The database is also used by the Prime Minister’s Office of the Secretary of State for Church and Civil Relations.

As of Saturday (03.05.) evening, the number of accommodation offers received by all charities are as follows:

The Hungarian Charity Service of the Order of Malta has set up a web interface to receive volunteers, where they can answer a detailed set of questions to provide the necessary information for placement and selection, in order to have a usable register. The interface is directly accessible via this link: https://segitenek.maltai.hu/

Although at a slower pace, offers continue to arrive at karpataljaert@maltai.hu, which is processed and answered by eight people who coordinate and organise the matching of donors and those seeking help. People wishing to support the charity will continue to receive a response to their letter within 24 hours. 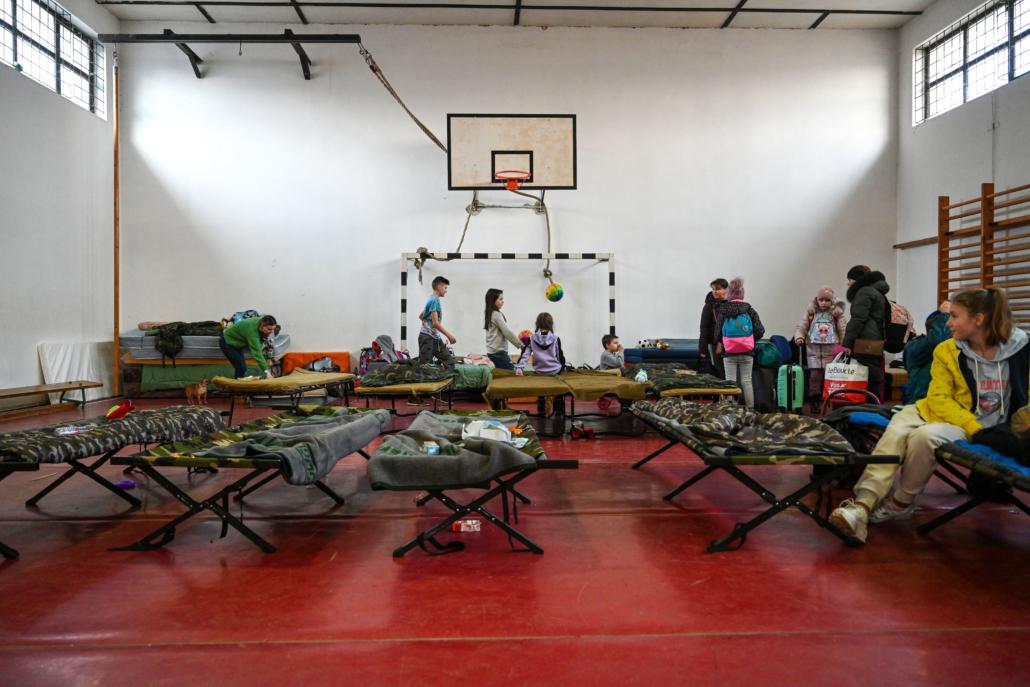 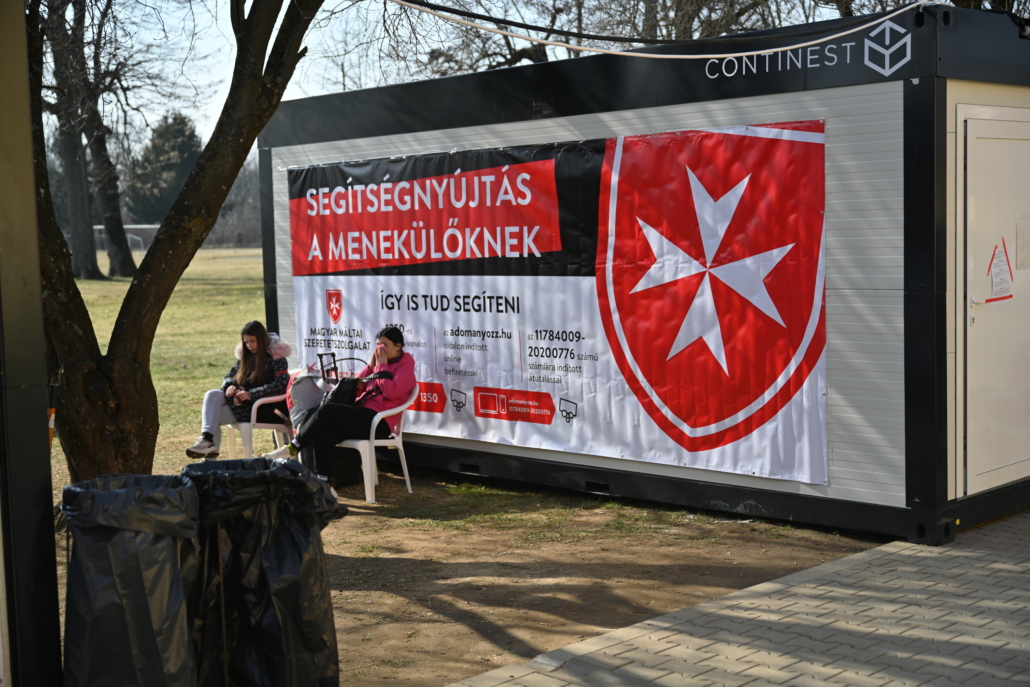 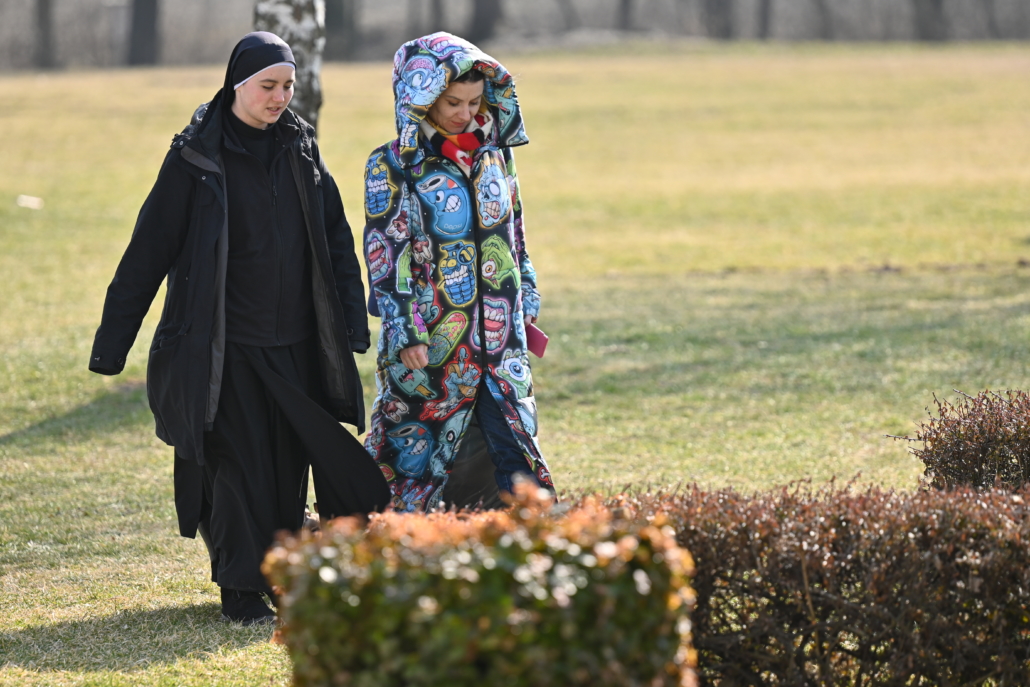 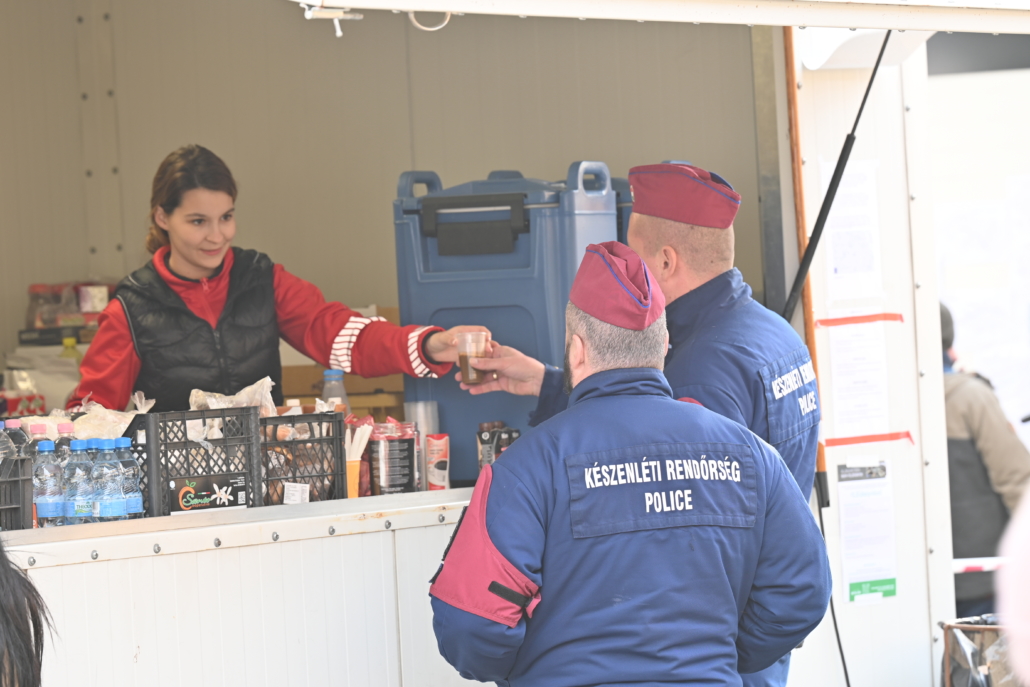 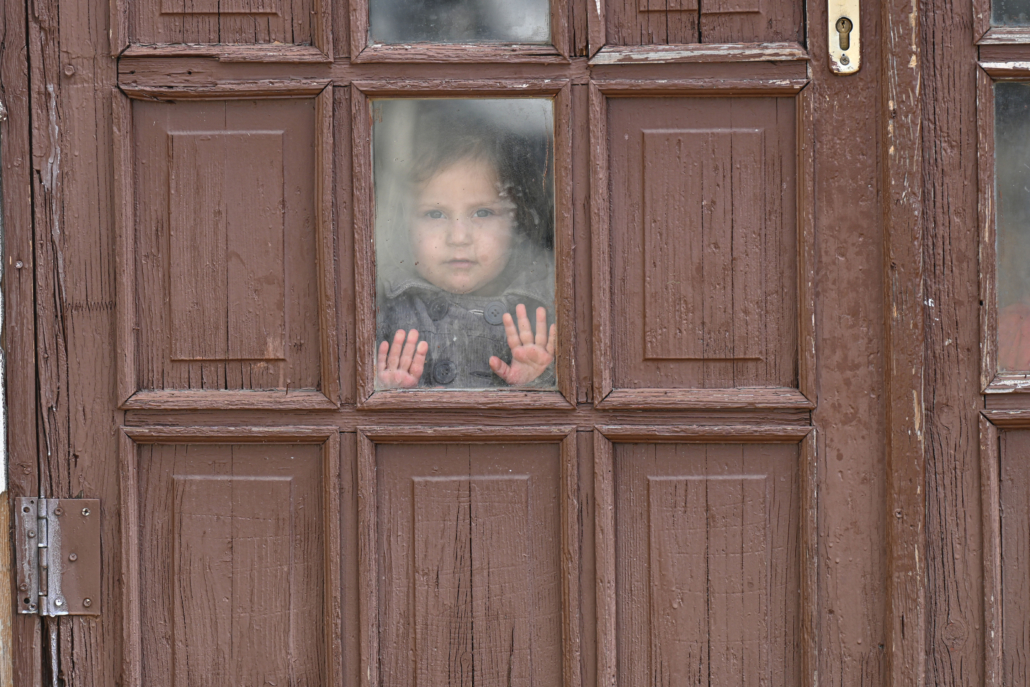 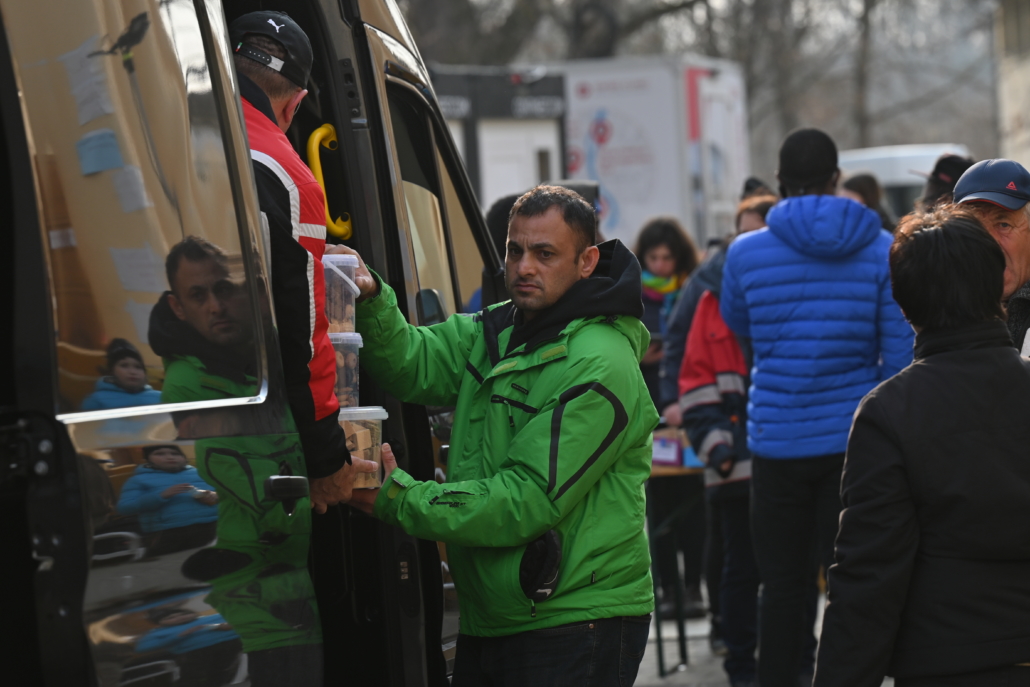 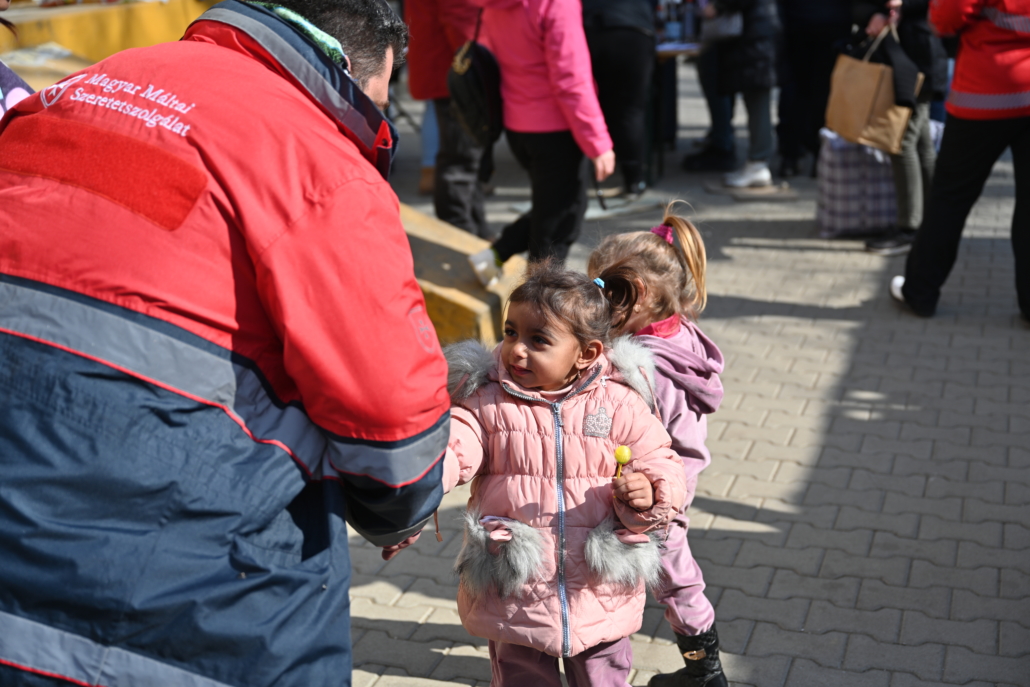 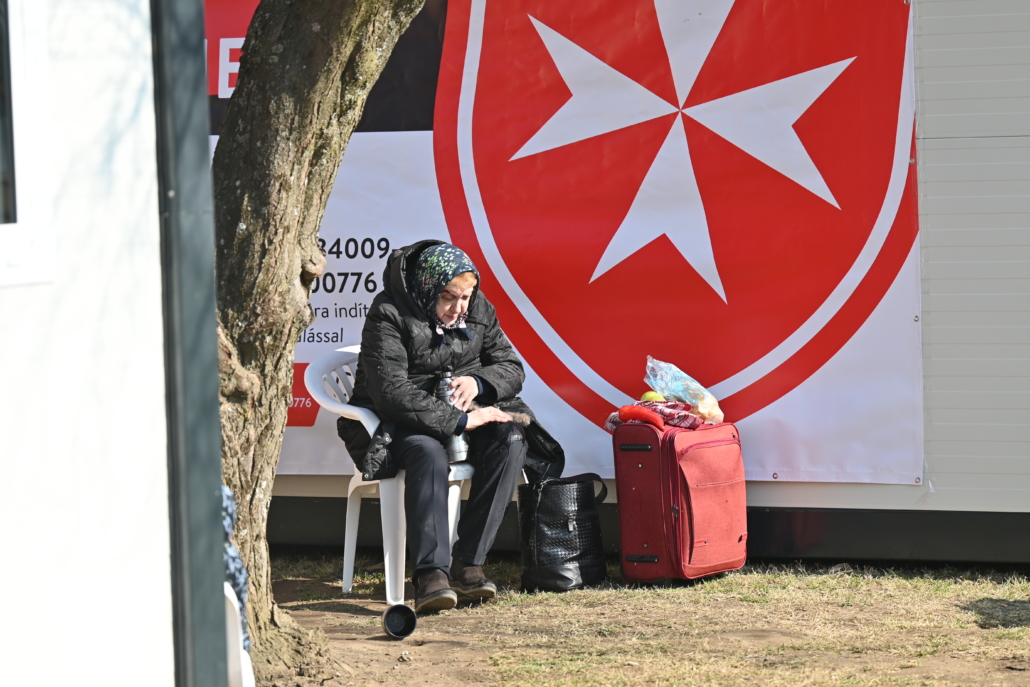 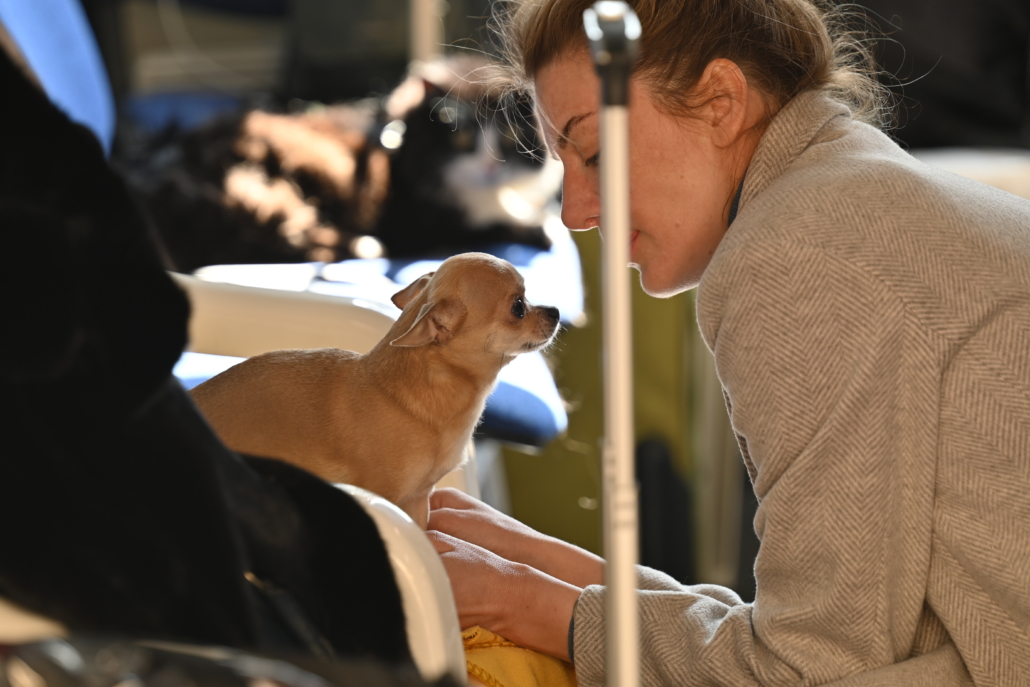